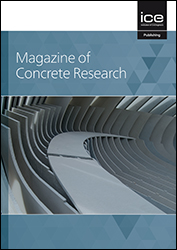 The paper on the seismic performance of lightly reinforced concrete walls by Wibowo et al. (2013) is both interesting and timely, but several points require clarification.

The typology of walls included in the literature review is not well defined and this may explain the large scatter of results that can be observed in Figure 1. For example, the walls tested by Gebreyohaness et al. were intended to represent walls in a building constructed in 1936 that were identified as having several deficiencies including the use of plain vertical reinforcement and inadequate splices (Gebreyohaness et al., 2011) The experimental results of Gebreyohaness' walls cannot be compared against walls with ductile detailing that satisfy modern design standards. Additionally, walls WPS5, WPS7 and WPS8 were reported as having an ultimate drift capacity of 3·5%. The strength of these walls at 3·5% drift had degraded significantly to less than 50% of the maximum strength, with either the splice or vertical reinforcement having failed at lower drifts. The ultimate drift is often defined as occurring when the strength drops below 80% of the maximum strength (Park, 1989) and the definition of ultimate drift should be clarified.

In Table 3, the aspect ratios of the walls would be better represented as He/Lw or M/VLw (where He is the effective wall height) rather than Hw/Lw. For the test setup used by Greifenhagen and Lestuzzi (2005) and Thomsen and Wallace (2004), the loading point was not at the top of the wall and the loading height is not included in Table 3.

It is unclear why the authors have elected to follow different procedures for the detailed and simplified models. For example, in the simplified model, behaviour is assumed to be dominated by either single or multiple flexural cracks based on whether Mcr > Mu or Mcr < Mu, whereas for the detailed model, the authors did not differentiate these two modes of behaviour. The contributors agree with the two modes of behaviour proposed in the simplified model, but research by Henry (2013) suggests that even when Mcr < Mu, the equivalent plastic hinge length may be significantly less than 0·5Lw for lightly reinforced concrete walls. The use of a plastic hinge length of 0·5Lw may explain why the ultimate drifts are not always well predicted by the proposed procedures. Furthermore, for the case of Mcr < Mu, the ultimate curvature in the simplified model was calculated assuming that concrete crushing and ultimate steel strain of 2·0% for ductile reinforcement (1·0% for low ductile steel) occur simultaneously. In this case, the predicted drifts of walls with no end stirrups and walls with significant stirrups would be the same. This is unreasonable as, according to the authors' definition of lightly reinforced walls (total vertical reinforcement ratio of 0·2–2·0%), compression failure in the wall ends is still possible and the ultimate drift would be dependent on the detailing and spacing of stirrups in the boundary elements.

The authors are grateful for the comments made. The overall objective of the paper was to present an approximate model for estimating the load–drift behaviour of lightly reinforced rectangular structural walls for seismic design purposes using displacement-based methods. Designers typically have good understanding of the lateral force capacity of structural walls, but lesser understanding of and limited access to models to determine the corresponding drift behaviour. A comparison of the predicted and actual load–drift behaviour of the test walls provided in the paper is considered conservative and reasonable, but certainly not exact (see Figures 13–16). The points raised by the contributors are clarified as follows. 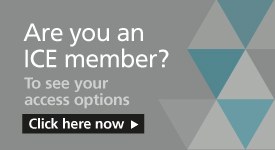